Buynds is the most advanced buy-binds generator for scripting weapon purchases in CS:GO. Build custom key mappings for all of your favourite equipment! Always be the first out of spawn! 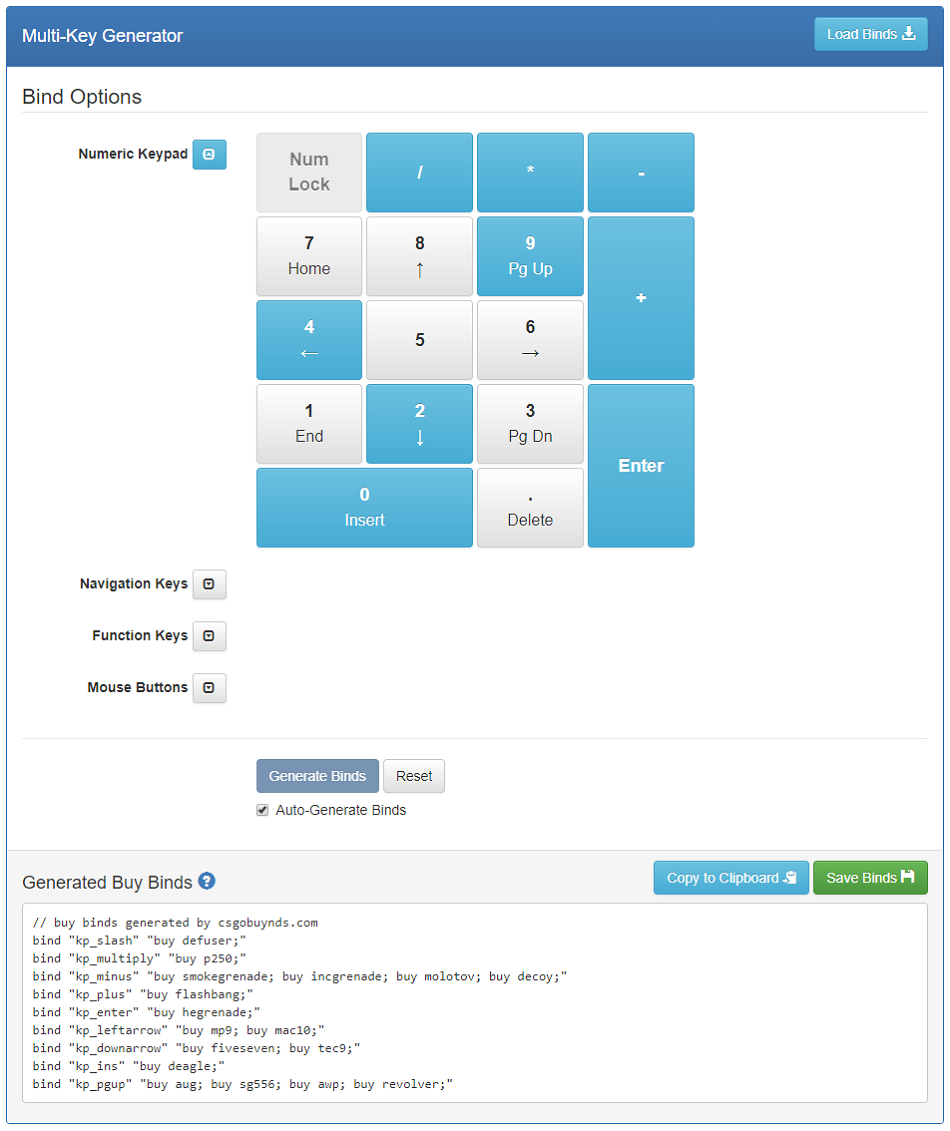 This web-application, CSGO-Buynds, is a simple tool to help gamers create and customize their own scripts which allow 1-button purchasing of weapons and equipment in the popular PC game Counter-Strike: Global Offensive. These scripts are often called "buy binds" or "buy scripts". CSGO-Buynds will help you escape that horrible radial buy menu forever!

Why use Buy Binds?

Create your own CS:GO Buy Binds!

Try out the free, online CS:GO Buy Binds Generator right now! You don't need to sign-up for an account or download any software. It only takes 5 minutes to setup your own personal key bindings. You can keep it simple and have 1 weapon per key or go crazy and setup entire load-outs available with a single keystroke! Never be the last one out of spawn again!